Winter is coming and it’s time for the long awaited season of the year. Before the winter blues start, we hope we can excite you with a few amazing winter celebrations around the world for the Winter Solstice. Many are not familiar with the winter solstice, so for those of you who do not know, it is the shortest day of the year, better known as the first day of winter. It is commonly celebrated around the world.

Each country has a very unique way to kick off the winter months with specific traditions that date way back. These countries are known for their very interesting traditions and all are worth visiting during the Winter Solstice. Celebrate the longest night and shortest day of the year no matter where you will be in the northern hemisphere on December 21st! The Winter Solstice is celebrated in many different ways around the world, from watching the sunset align with the Stonehenge in England to eating dumplings at China’s Dongzhi festival. Here are Tripping.com’s eight best places in the world to celebrate the winter solstice. 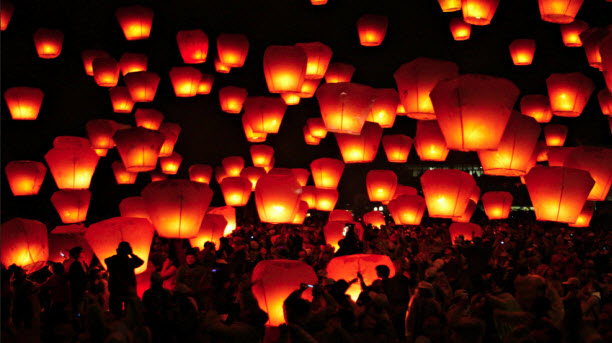 Photo Credit: The University of Toronto

Dong Zai Festival or the “arrival of winter” is a very famous celebration. It is an annual festival in China during the start of the winter solstice to celebrate an increase in positive energy as the world returns to longer daylight hours. Based on the Chinese calendar, this is a time to celebrate the end of fall and harvest. Families will come together for food and banter and celebrate their successful harvest they had during the year. Popular foods during the festival include dumplings and tangyuan. They will gather to enjoy all of their fruits and vegetables that they cropped. The ending of the festival is celebrated with lighting of lanterns. This is the last festival of the year for China until the Chinese New Year. 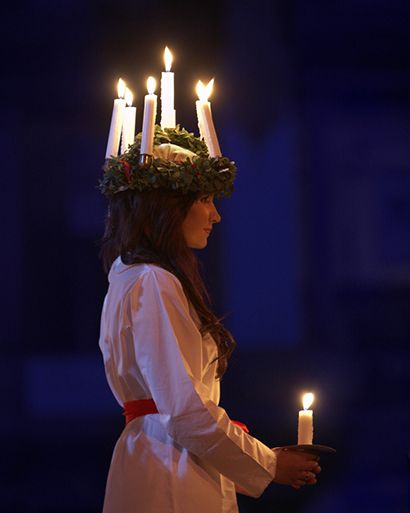 St. Lucia’s Day in Scandinavia is a festival that marks the beginning of the Christmas season. Families eat baked goods such as ginger biscuits and saffron bread. Young girls and boys sing traditional songs while wearing white in the annual procession that starts the festival. Girls also wear wreaths of candles. The festival includes Christian and Pagan traditions.

Although this day is traditionally celebrated to honor St. Lucia, it is now more commonly celebrated to kick off the winter season. Fire is very common in every country during the festivals. It it said to be that way because of spirits. They want to ensure that only good spirits exist. 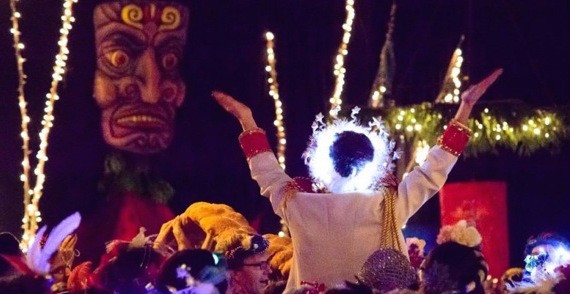 Downtown Seattle enjoys 5 days of event to celebrate the long awaited winter season. The festival kicks off on December 19th and goes until December 23rd. Trolls, dancing, costumes, folk stories, and fiddles are all unique ways Seattle likes to party for winter. I also can not forget to mention all the pop up beer gardens, and concerts that take place downtown. Make sure to visit check out all their themed concerts this year! 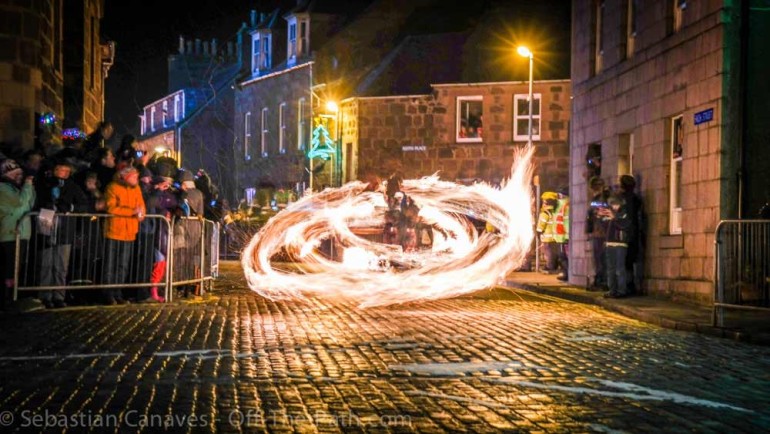 Led by bagpipes and kilts, this Winter Solstice is a Scottish tradition that has been going on for over 150 years. The cobblestone streets are filled with visitors around the world to watch the famous fireball show. Large balls of fire are swung around to celebrate another year with a great entrance to the winter months. Rain or shine, this is a must see! 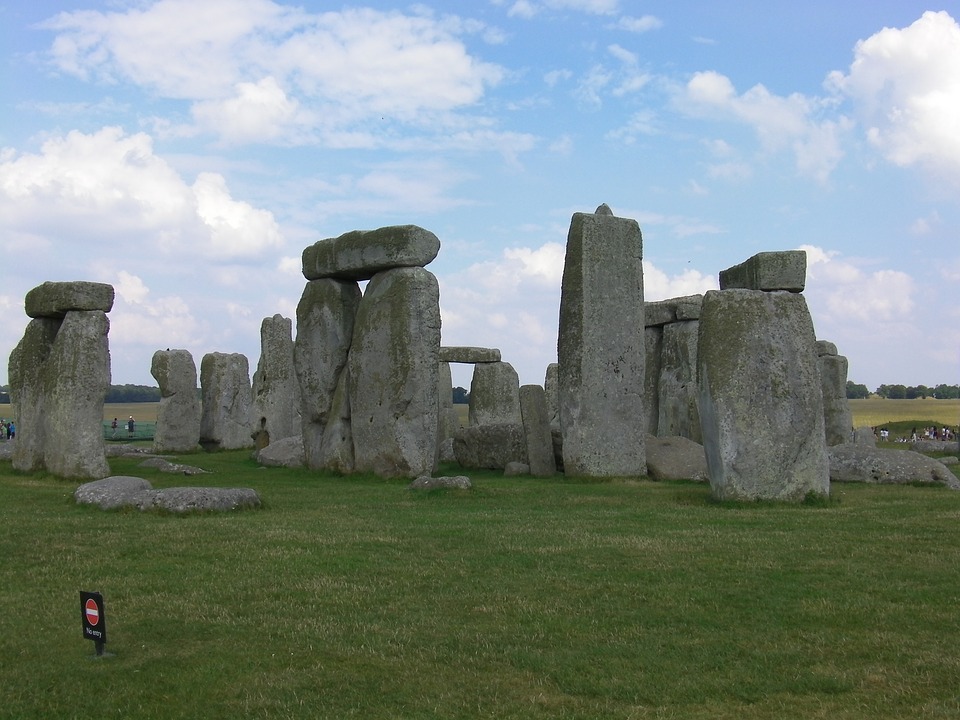 Celebrating the shortest day and the longest night, this is one of the most unique and famous Winter Solstice celebrations. Millions of people gather around to watch the sun rise through Stonehenge. With magnificent costumes and performances around the stones, this could be one of the most chilling and incredible things to see during your lifetime.

See the sunrise above the Stonehenge in England! This year the sunrise will be December 21st at 8:04am. You can also see the Pagan celebrations and the Druidic ceremony. Druids and Pagans will be dressed in traditional costumes and singing in group circles. The Stonehenge celebration brings together thousands of people, including England’s New Age Tribes, along with many tourists and families. 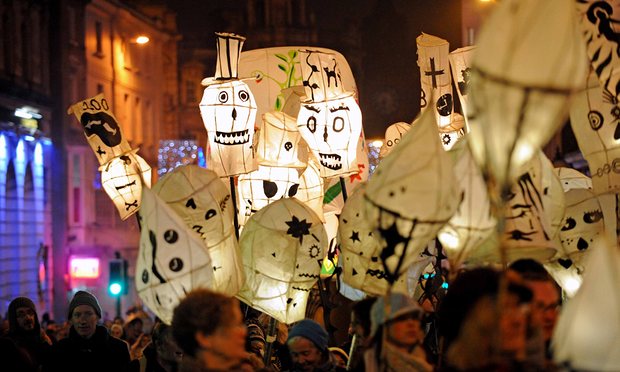 This lantern bonfire is tradition for the Winter Solstice kick off. Sponsored by the art charity Same Sky, the Burning the Clocks festival in Brighton, East Sussex has been a popular winter solstice celebration since it started in 1993. 2,000 people participate in a parade filled with white lanterns and costumes with clock faces to symbolize how time has passed. There are also animal lanterns, such as unicorns and lions. The large parade moves from the center of the city to the beach, where there are fireworks and ceremonial burnings of the lanterns. The audience is usually around 20,000 people! The process of lighting the streets is said to bring a bright future for the upcoming year and season. 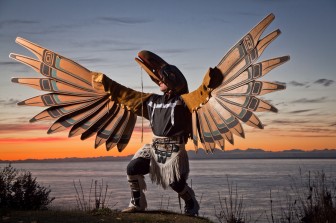 Hopi indians live in Norther Arizona and celebrate the Winter Solstice to protect the spirits from the mountains. Their celebration includes dancing and gift giving. Prayer sticks are crafted and used during their unique traditions. A visit to their communities would be a fascinating experience that could really broaden your horizons to how special the indians celebrate our Earth. 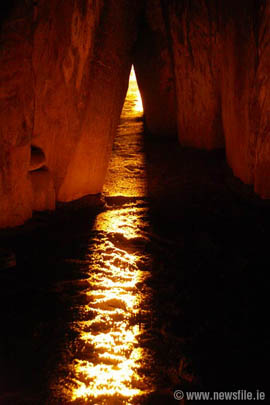 The Newgrange tomb, a massive prehistoric monument, was built to capture the light to make sure the sun would come back after it set the night before the Winter Solstice. They believed since it was the shortest day of the year, the sun might not make another appearance. When you visit for their Winter Solstice the tomb is known for the incredible illumination the sun gives off. Beams of light are bigger and more dramatic. The tomb is located in one of Ireland's most beautiful places, so it is definitely worth checking out.

This article was written by Colleen Regan and Kevin Burrows.

The 4 Best Places In The U.S. To Celebrate Hanukkah
​The 7 Best Holiday Celebrations in Seattle
Resources / Explore

Tripping is the world's largest search engine for vacation rentals. Compare top rental sites at once to get the best deal on your next trip. With over 12 MILLION vacation homes and short-term rentals on Tripping, you're sure to find the perfect place to stay.